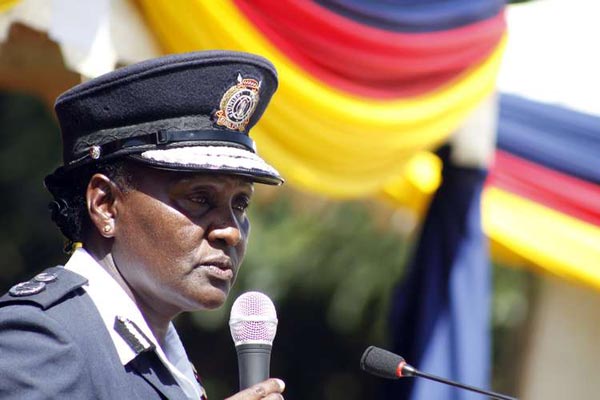 Grace Kaindi was finally forced out of office on Friday after an embarrassing three-day stand-off pitting her against top government security chiefs.

Mr Boinnet and Mr Kitili had stormed Ms Kaindi’s office at around 8pm demanding that she vacates the office but she stood her ground, demanding to be given an official letter from the National Police Service Commission.

After a stalemate lasting about one hour, Mr Boinnet and Mr Kitili left promising to ensure that the letter was handed to Ms Kaindi first thing Friday morning.

But as soon as Ms Kaindi was driven home and her official as well as chase cars returned to Vigilance House where they are normally parked, her driver was asked to surrender the keys.

Come Friday morning and Ms Kaindi found herself without her official car. Meanwhile, Mr Kitili arrived early at Vigilance House and took over her office.

Police spokesperson George Kinoti confirmed that Mr Kitili was in the office and that there was indeed a standoff on Thursday evening.

“The standoff was caused by a few things that had to be sorted and which I cannot give details about. There are procedures that have to be followed but as at now, everything is running smoothly,” Mr Kinoti said.

Sources at the police headquarters said Ms Kaindi was promised the dismissal letter on Friday by the National Police Service Commission.

The source further stated that her three drivers were asked to submit car keys to Vigilance House after dropping her home late on Thursday.

President Kenyatta nominated Mr Kitili, hitherto the General Service Unit commandant, on Tuesday. Ms Kaindi was named ambassador to a yet to be identified station.

She suffered another blow on Friday when the Labour Court declined to suspend the Presidential directive removing her from office.

Lady Justice Monica Mbaru ruled that the decision to replace Ms Kaindi had been made after the National Police Service Commission and the Attorney-General pleaded with her not to issue any halting orders.

The judge added that since the commission and the AG had opposed the application, she would determine the matter in the next seven days.

“A decision had been made by the time the application came to court, now that it has been challenged, the matter will still be heard and determined whilst the decision stands,” she said.

According to the police service commission and the Attorney-General, Mr Zachary Onsongo, who had filed the case opposing Ms Kaindi’s removal, was not a trade union official to act for her.

He had argued that she should not have been removed because the commission has no powers to do so and that the gender had been ignored.

Through lawyer Emmanuel Bitta, Ms Kaindi was not a party to the suit.

In addition, there was no contract between Mr Onsongo and those he had sued, Mr Bitta said.

Mr Onsongo had sued the commission and the Attorney-General. He argued that Ms Kaindi had a five-year contract that ends in 2018 hence her replacement was unlawful.

The judge directed that the suit will be heard on September 14.

Meanwhile, Cord leader Raila Odinga has termed the dismissal of Ms Kaindi as unlawful. He also said that the appointment of an acting Deputy Inspector-General of Police was unconstitutional.

“There is no provision in law for the appointment of persons to act in a constitutional office,” Mr Odinga said.

He also claimed that one of the three top positions in the police has to be held by a woman.

“The excuse that there was no senior woman is utter nonsense since the law only requires the person to be superintendent of police and above and at least 15 years in the police service. There are many women with these qualifications in the service” the Cord leader said.

“The law aside, I have serious objections to the kind of treatment Ms Grace Kaindi has been subjected to in the process of being removed from office. Ms Kaindi has served the country for many years in different positions within the force. She deserved better.”

“The manner of her removal from office is not only disrespectful and inhuman but it also sends very wrong and worrying signals to all public servants toiling for our nation,” he said.

On Wednesday, the Federation of Women Lawyers-Kenya chairperson Ruth Aura said in a press statement that the President did not follow law.

Earlier this year, the police service commission wrote to Ms Kaindi asking her to retire on grounds that she had reached the 60-year retirement age.

Nothing wrong with bathing our lovers, but we must draw a...

The President’s inclusion of the phrase “and elsewhere” brought attacks outside...