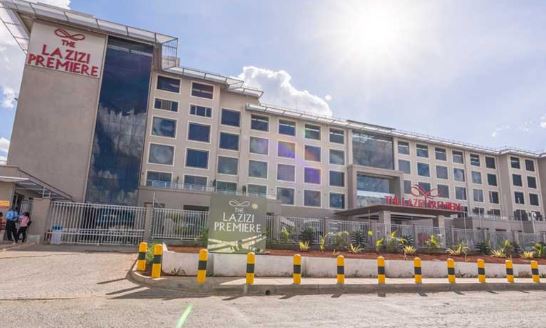 The luxury facility that has been built on a 1.5-acre piece of land at Kenya’s main airport cost Sh3 billion.

According to one of the directors Shivan Patel, the new hotel has provided about 1000 direct and indirect jobs.

Speaking to Capital FM Business, Patel says the airport is banking on the expansion of the airport and increased stopovers as well as improved tourism numbers.

The remodeling of Terminal 1B, C and Terminal 1D at JKIA was expected to kick off in March 2017.

After the completion of the remodeling, JKIA is expected to handle at least 12 million passengers from the current 7.5million annually.

Additionally, the tourism sector has been on the rebound in the past two years.

The number of international visitor arrivals rose by 13.5 per cent to 1.3 million in 2016 owing to improved security and successful high profile conferences hosted in the country.

The sector has benefited from aggressive marketing in the domestic and international markets.

Patel says plans are underway to take the same model to Dar es Salaam’s Julius Nyerere International Airport within the next seven months.

“We have free shuttle services where guests are taken from and to the airport terminals, guests can also check their flight timings on the TV screens in the room,” he added.