In an African setting, a man is not allowed to cry or show certain emotions as they will be perceived weak and not ‘man enough’.

ALSO READ: Ruth Matete opens up about attempting suicide severally and the lessons she learnt

According to a World Health Organization 2014 report, every 40 seconds a person dies by suicide somewhere in the world. Depression can lead to suicidal thoughts. According to WHO, over 800 000 people die by suicide every year.

These numbers are alarming. Sadness, feeling down, having a loss of interest or pleasure in daily activities – are symptoms familiar to all of us. But, if they persist and affect our life substantially, it may be depression.

In a society were talking about such things openly is considered a foreign mostly associated with white people, many people are slowly sinking deep into depression, especially men.

Although it is argued that Depression seems to be more common among women than men, WHO reports that it is the most common illness worldwide and the leading cause of disability. They estimate that 350 million people are affected by depression, globally.

Depression is a persistent problem, not a passing one, lasting on average 6 to 8 months medical reports have proved. However, it is different from the fluctuations in mood that people experience as a part of normal life.

Depression is a treatable mental illness. Psychological or talking therapies are the most popular way of managing depression. The first step in this is to control the negative thoughts that lead to loss of interest and feelings of worthlessness. Find ways to cheer yourself up. IF possible, talk to your confidant and let loose of your emotions.

Holding them in could possibly result to extreme actions that can endanger your life. Counteract the behaviors related to poor concentration and thoughts of death.

A key feature of depression is inactivity. The more inactive you become, the more depressed you will most likely feel. This is the point where you are advised to find a hobby or engaged in some activity.

Set goals for daily activity. Plan full days of useful activity by making a list of the activities you are going to engage in at different times during the day. Try to stick to this plan as closely as possible. 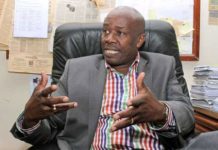 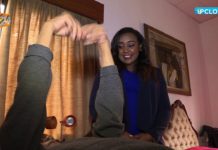