Francis Mr Ndung’u, a father of five, has lived as squatter in Mt Kenya Forest all his life.

“My father was a Mau Mau freedom fighter,” recounts Mr Ndung’u, 56. “He had a huge piece of land in Mukurweini but left it to join the war against the colonialists. When the country gained independence, my father returned from the forest, only to find that his land had been allocated to home guards.”

Since then, Mr Ndung’u and his family have lived in informal settlements in and out of the forest reserve, with successive governments ignoring their  plight.

“Most of our parents and grandparents were either freedom fighters or worked as casual labourers on European farms. After independence, influential government officials and religious organisations laid claim to most of the fertile land that was left behind by the settlers, leaving poor families with nowhere to go,” she explains.

Mrs Wambui, whose organisation represents 200 households based in Kihenja Village, says that successive governments have either ignored the plight of the victims of colonial injustices or given lip service to their predicament.

She notes that matters took a turn for the worse in 2002 when President Daniel arap Moi’s government, under pressure from environmental activist Wangari Maathai, ordered that the squatters be evicted from the forest.

“We were forcibly evicted by askaris who torched our houses and beat us mercilessly,” Mrs Wambui said.

Thereafter, the squatters resorted to playing cat-and-mouse games with Kenya Forestry Service officers. “We built houses  underground in the forest so that wildlife and forest officials don’t notice and destroy them,” says  Mr Ndung’u.

Relief seemed to have come in 2008 when First Lady Mrs Lucy Kibaki, moved by the plight of squatters, promised to resettle them. She pushed the government to buy land worth Sh2.1 billion on which it settled more than 20,000 squatters who had been evicted from both Mt Kenya and Aberdares forests. Here, the government, under the supervision of then Central Provincial Commissioner Mr Jasper Rugut, gave every family four acres to farm, and half an acre on which to build a house.

However, there have been allegations over the years that most of the beneficiaries were not genuine squatters but close friends and relatives of those who oversaw the exercise. Politicians and provincial administration officials have been accused of taking the lion’s share of the land.

Says Mr Ndung’u: “When the government announced that it was going to resettle families on Solio Ranch, we were overjoyed. Mine was among the households on the list of beneficiaries and we actually moved to Solio Ranch in anticipation of the allocation. However, we were surprised when we were not  allocated and land and instead evicted by the police just weeks later. The people who have built  houses in the settlement scheme are clearly not former squatters since they have palatial homesteads with heavy security.”

The Solio Ranch Settlement Scheme has been plagued by scandals since its inception. Speaking in his constituency early last year, Kieni MP Kanini Kega alleged that of the 15,000 acres said to have been allocated to squatters, about 7,000 acres went to a local tycoon. He later filed a petition in Parliament on behalf of Kieni residents urging the government to establish whether genuine squatters got the land.

The government was also heavily criticised for buying the land at a grossly inflated price of Sh85,000 per acre.

Since 2008, Mr Ndung’u’s and Ms Wambui’s families, alongside more than 200 others, have been living on the fringes of Mt Kenya Forest in Kihenja, neighbouring the settlement schemes. Here, the landowners in the settlement scheme have allocated them parcels measuring 10 by 10 metres (less than half the size of a penalty box on a football pitch).

“The portions of land that we live on are too small to farm, and sometimes we are forced to rely on the Kenya Red Cross for food. It gets worse when a family member dies and there is nowhere to bury them,” laments Ms Wambui.

“Elephants and monkeys from the forest kept invading peoples’ farms. They (those living in the settlement schemes), therefore, allowed us to live on the edge of their farms on condition that we prevent the wildlife from invading their farms. We spend most of our days scaring away monkeys and creating barriers for elephants even as we work as casual labourers, tending their farms and earning Sh100 per day. If a family fails in these duties, it is kicked out of its allotted land and rendered homeless,” narrates Mr Ndungu.

“Some of us found ourselves back in the forest in 2013, and forest officials allowed us to set up tents and temporary houses on condition that we would help take care of the forest. Every Tuesday and Wednesday, the squatters are required to provide labour for forest restoration activities. Those who fail to show up for the work are kicked out,” Mrs Ms Wambui explains.

For a family with children growing up in the forest, life is, quite literally, a jungle. At the age of 20, Mr Ndungu’s eldest daughter, Grace Wangare, is in Form One, while most of her peers have joined university.

“In the forest, we mostly interact with monkeys, amongs other wildlife. When my daughter was first admitted to primary school, she could only communicate through chattering and gibbering, which she had learnt from the monkeys. This proved an impediment and she was forced to remain in the same class for five years,” Mr Ndung’u offered.

While the squatters had struggled and managed to get by in the past, the recent prolonged drought that adversely affected Laikipia and Nyeri counties proved too much to bear.

“The crops that we grew on our small portions of land failed. Many families had to pull their children out of school as hunger grew more severe,” Ms Wambui told DN2.

Last month the families, under the Kihenja Squatters’ Association, came together to find a way to protect their children from starvation. The association got in touch with TEMAKI, an umbrella association that brings together the 8,000 homesteads in the colonial villages of Tetu, Mathira and Kieni constituencies in Nyeri. TEMAKI’s coordinator, Ms Beatrice Githinji, arranged for 31 children to be transported from Kieni to Nairobi’s Embakasi North Constituency.

The children, aged between six and 20, are currently housed in a dilapidated building that had been abandoned for two years. Here, they are housed by Bishop Vincent Bwire, a clergyman who has worked in Embakasi and Huruma under the Kenya Peace Association since 1996.

“When I was informed that a group of children was facing  starvation in their homeland, I offered to take them in and provide them with food and education. Some of the children’s parents have volunteered to take care of them and we have teachers who have volunteered to teach them. We are coping well but I would like to appeal to well-wishers to donate foodstuff, uniforms and textbook to these under-privileged children,” Bishop Bwire told DN2.

Mistakes made by the British government during the colonial era and perpetuated by the founding government have seen generation after generation of these villagers languishing in poverty. Just like their great-grandfathers who suffered for being landless, the great-grandchildren are experiencing the indignity of being landless.

Bringing an ancient African savings system into the digital age 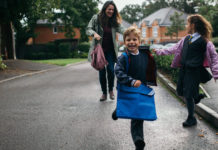 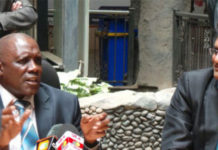 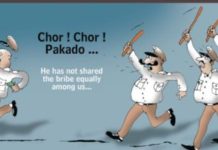 Capital Lifestyle: ipaidabribe.com and other new tools in the war on graft 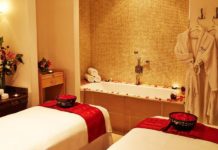 5 of the Best Wellness Spas in Kenya- Travel Start Blog 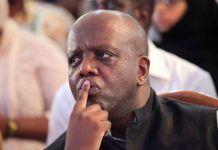