South Africa’s firebrand opposition leader, Julius Malema, 36, is the talk of the town for all the right reasons.

Many have taken to social media to congratulate the Economic Freedom Front (EFF) party founder on his latest academic qualification – a BA Honours degree in Philosophy through the University of South Africa (Unisa).

The ceremony was attended by his grandmother, Sarah, who raised him since his was 14 following his mother’s death, wife, Mantwa Matlala and members of his party.

Once the subject of ridicule after a grim certificate from his final year in school was published in the media, Mr Malema has since quietly furthered his studies.

His party, which boasts a number of recent graduates including Mbuyiseni Ndlozi who recently completed a doctorate in politics, has been praised for their efforts to get an education, a message to many young people that it is never too late to study.

This is a big deal in a country where many young black people struggle to get a good education due to a lack of funding or even access to opportunities to study later in life.

People have been tweeting about Mr Malema’s achievement:

Julius Malema is living testament that against all odds, material conditions & public nullification one can still rise. #MalemaGraduation ?✊ pic.twitter.com/3XgGqM7VKA

CIC "Julius Malema" is leading by example. We can't have uneducated leaders, we need leaders to lead with skills not experience only. 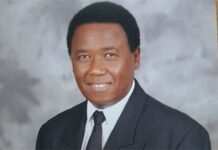