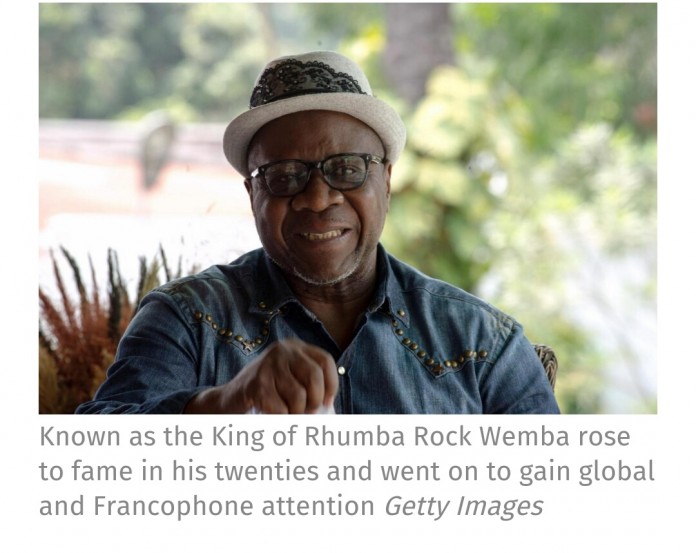 Congolese singer Papa Wemba has died after collapsing on stage in Abidjan in Ivory Coast.

He is one of Africa’s most popular musicians and a leading figure in the World Music scene.

A video from the concert shows the musician slumped on the floor while dancers carry on performing unaware of what is going on.

He was pronounced dead on stage after singing his third song, according to reports in Congolese publication Radio Okapi. The cause of death is currently unknown.

Known as the King of Rhumba Rock, Wemba rose to fame in his twenties and went on to gain global and Francophone attention. He has toured with Peter Gabriel and sung with Stevie Wonder.

In 2004, Wemba was arrested at his home in Paris and convicted for taking part in an illegal immigration scam. He spent three and a half months in prison and later claimed to have experienced a spiritual conversion in prison. In the song ‘Numéro d’écrou’ on his 2003Somo Trop album, he recounted the day God paid a visit to his prison cell.

Gambia: Barrow will declare himself president if Jammeh hangs on