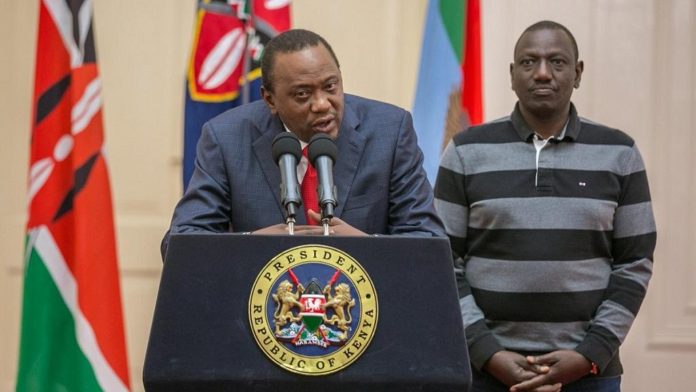 Kenyan president, Uhuru Kenyatta, says he has accepted a court ruling annulling his re-election on August 8. He, however, expressed his disagreement with the judges’ position.

The 55-year-old, who almost immediately went on the campaign trail, had some uncharitable words for the Supreme Court describing them as ‘thugs.’

The apex court on Friday annulled results of the country’s presidential election which gave Uhuru a second term in office. The court ruled that fresh elections be held in sixty days.

The opposition coalition, NASA, led by veteran opposition leader, Raila Odinga; filed a petition at the court citing massive fraud and irregularities in the electronic transfer of results.

The Independent Electoral and Boundaries Commission (IEBC) declared Uhuru winner of the polls with over 54% whiles Odinga got a 44% of votes. The IEBC chair, Wafula Chebukati, has said he will not resign despite NASA stating categorically that they did not trust the entire commission.

Incidentally, the ruling Jubilee Party, have also insisted that they will not allow a new set of commissioners to handle the fresh polls so ordered by the court.

A video shared by the NTV Kenya news portal also shows the deputy president, William Ruto, taking a swipe at the judges. “We are friends, we may not be learned but we are not stupid.

RAILA PULLS OUT OF PRESIDENTIAL DEBATE HOURS AFTER UHURU

NAIROBI COUNTY TO CLAMP, IMPOUND THEIR OWN CARS