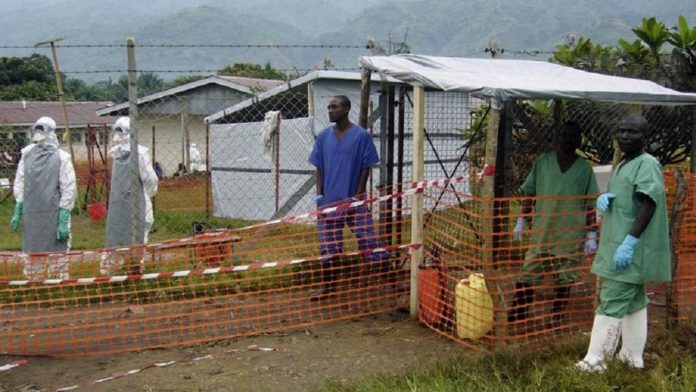 The World Health Organization (WHO) have confirmed the return of the deadly Ebola virus to the Democratic Republic of Congo (DRC) after three years.

The WHO said DRC’s Ministry of Health notified them on May 11, 2017 of a confirmed case of the deadly disease.

One death has since been reported, with Reuters news agency quoting a WHO spokesman, Eric Kabambi, as saying “It (the case) is in a very remote zone, very forested, so we are a little lucky. We always take this very seriously.”

The last outbreak of Ebola in Congo was in 2014 and dozens of people died. The AFP had earlier reported that the number of deaths was three.

WHO and partners are supporting the Ministry of Health of the Democratic Republic of the Congo on the #Ebola response.#DRC

Important to trace ppl who hv contact w/ the confirmed #Ebola case in the Democratic Rep. of Congo to stop the disease from spreading #DRC

WHO’s swift response to the latest outbreak is being viewed as a way the organisation is saving face following a damning report published in late 2015, that blamed WHO for failing to respond soon enough to the 2014 Ebola crisis in West Africa that left more than 11,000 people dead.

‘‘The WHO Country Office in the DRC is working closely with the national and provincial authorities and with the WHO Regional Office for Africa, WHO headquarters in Geneva and all other partners to facilitate deployment of health workers and protective kits in the field to strengthen epidemiological surveillance and rapidly control the epidemic’’, says Dr Yokouidé Allarangar, WHO representative in the DRC.

Dr Allarangar also announced that Dr Matshidiso Moeti, WHO Regional Director for Africa, would arrive in Kinshasa this weekend to attend a coordination meeting of the national committee at the Ministry of Health to deal with this emergency and ensure that WHO provides all necessary assistance to the DRC.

LUPITA AND RIHANNA TO MAKE A MOVIE AFTER TWITTER DEMANDS IT