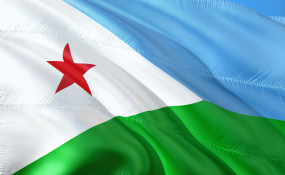 The rapprochement between Ethiopia and Eritrea has repercussions that go beyond diplomacy on the Horn of Africa. A recent investigation shows that while Eritrea is no longer isolated, Djibouti is emerging as the new regional arms trafficking hub.

The small strategically located state acts as a transit location for weapons trafficking between Yemen and northern Somalia through the AMISOM mission among others actors in the trade.

The findings are the result of an investigation carried out by EXX Africa (specialist intelligence company that delivers forecasts on African political and economic risk to businesses) in illegal weapons trade on the Horn of Africa.

In its research, the results of which are contained in the report titled The Arms Trade In The Horn Of Africa (The report has been partially published on EXX Africa website behind a paywall and is available upon request) the UK based company states that many Djibouti -based companies engaged in the country’s thriving marine sector have been implicated in the illegal weapons trade.

Djibouti is one of the world’s fastest growing economies and opens onto one of the world’s busiest shipping lanes. It is strategically located on the Horn of Africa with access to both the Red Sea and the Indian Ocean. Djibouti is only 32 kilometers away from Yemen and shares borders with Ethiopia, Eritrea, Somaliland and Somalia.

The country also hosts a number of foreign military bases – France has its largest African military base there, the US military base there caters for some four thousand troops and can act as a launch pad for operations in Yemen and Somalia, while Japan, Italy, Germany and China also have a military presence in Djibouti.

According to EXX Africa’s executive director, Robert Besseling, most of the weapons appear to be coming from Houthi controlled territory in Yemen – the Khokha district of Hodeidah province – shipped in the direction of Djiboutian ports from where they are passed to armed groups in northern Somalia supported by the government in Djibouti.

Besseling added that his team uncovered evidence of some of these weapons reaching armed groups in Sudan, South Sudan and Ethiopia. However, he said he has no evidence that Djibouti is directly arming the Al-Shabab terrorist organisation.

The investigation also shows that the African Union Mission in Somalia (AMISOM) is involved in supplying illegal weapons to armed groups in northern Somalia.