A number of Members of Parliament taking their oaths on Thursday encountered a stumbling block in one of the most unlikely places: a word in the prescribed oath.

That word that even some of the well-known orators found too heavy for their tongues is “conscientiously”.

The worst part? Everyone taking the oath must read all the words are outlined in the constitution.

Many read the word as “consciously”, which has a different meaning from the word conscientiously.

The word conscientiously, according to Oxford Dictionary, means to be in a “thorough and responsible way, or in a way that is motivated by one’s moral sense of right and wrong.

On the other hand, the word “consciously” means in a deliberate and intentional way or in a way that is directly perceptible to and under the control of the person concerned.

Social media also noticed and they had the comments. 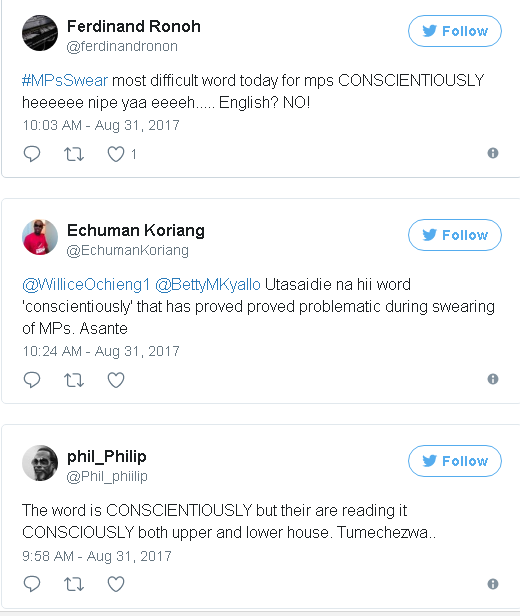 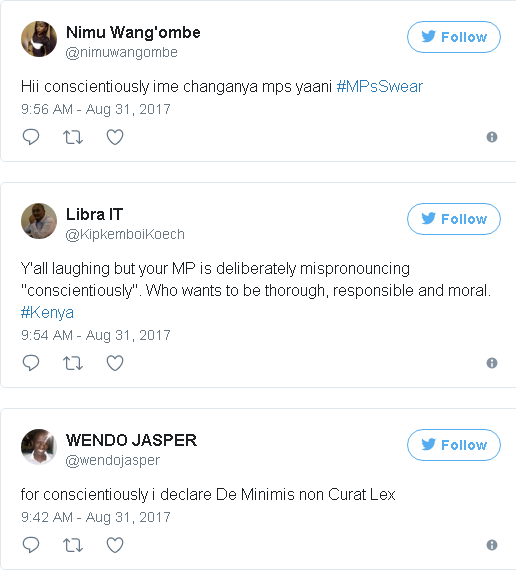 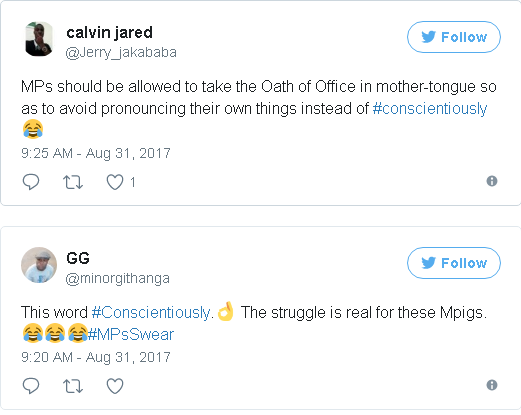 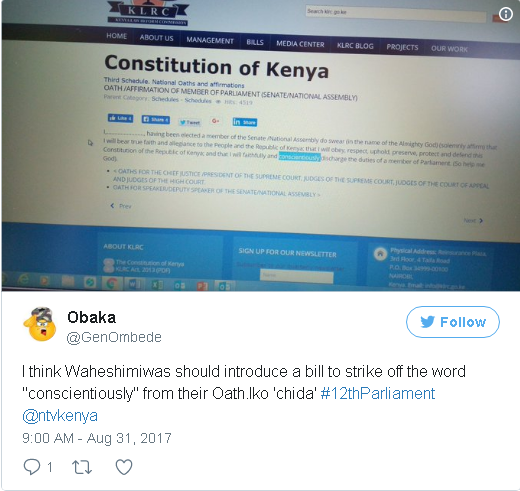 Ethiopia, 3 others to benefit from EU’s €66.5m drought aid

Tunisia’s paralympic athletes are back home

Eritrea must be hauled before ICC for rights violations – UN...