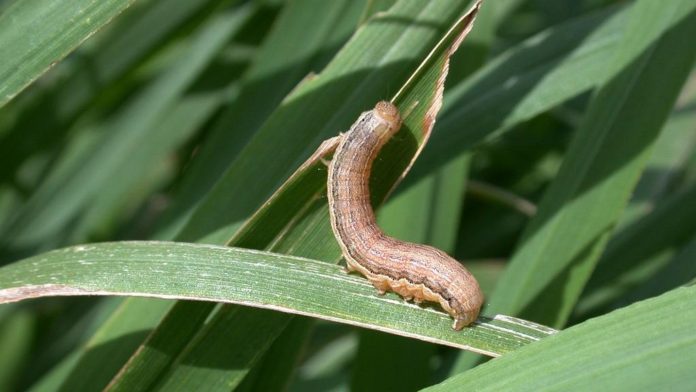 Armyworms have destroyed 2,000 hectares of crops in Malawi, spreading to nine of its 28 districts in the last few weeks, the agriculture minister said on Saturday.

Malawi, which was hit by a crippling drought last year, has become the third Southern African nation to report an outbreak of armyworms, a voracious pest that devours maize and other crops.

“The latest is that the invasion is spreading very quickly than we thought and this week nine districts have been affected destroying 2,000 hectares of crop fields,” agriculture minister George Chaponda told Reuters.

A year ago, Malawi successfully contained an armyworm invasion that affected seven districts across the country.

Malawi’s maize crop, the staple grain for the impoverished nation, was devastated last year by a drought triggered by El Nino.

About 6.5 million Malawians, more than a third of the population, are dependent on food aid until this year’s harvest in March, according to the United Nations’ World Food Programme.

Malawi’s outbreak follows one in neighbouring Zambia, where the military has been deployed to battle the bugs, and Zimbabwe.

The armyworms are caterpillars that “march” across the landscape in large groups feasting on young maize plants, wiping out entire fields.

Several dead, many injured after crackdown on Oromia protest in Ethiopia